Introducing my First Ever Multiplayer Game 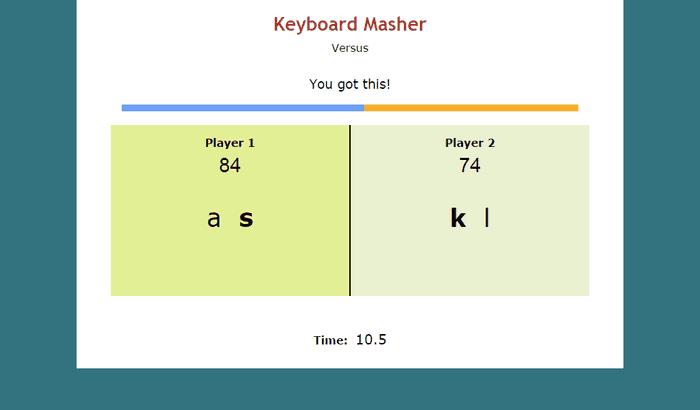 To celebrate the fourth anniversary of this blog, I am revealing another milestone in my game making career: my first ever multiplayer game! The game mode, Battle, involves two players and is available in today's Keyboard Masher update (version 4.2).The object of the game is simple: mash two keyboard keys faster than your opponent. After 20 seconds, the player with the most points wins! It's simple to understand, and it really could get competitive.

In addition to Battle mode, there is another fix for both Keyboard Masher and Button Masher. Ever felt cheated when your game ended, yet the timer still said you had half a second left? That's because the timer code I was using wasn't entirely accurate. To fix this, I improved the timer code so it's based off the computer's system time. You may notice that the timer moves slightly faster than before, but the actual play time is still the same.

As always, have fun mashing!