Wheel of Fortune for PowerPoint v6.3 - All spruced up

In honor of Lorraine, my brother-in-law's friend, who killed it on the actual show last night, I am thrilled to bring to you a complementary treat: Wheel of Fortune for PowerPoint version 6.3!

While the new Wheel of Fortune season 40 didn't come with major gameplay or wheel value changes, it did update the look and feel of the set. So I took a hard look at Wheel of Fortune for PowerPoint and thought, you know what, I can spruce up the design a bit.

What started as gradual tweaking evolved to a final product that looks quite different to what I originally envisioned.

Of course, a picture is worth a thousand words, so here it is. As Pat Sajak said it in 1997, presenting, our new puzzle board! 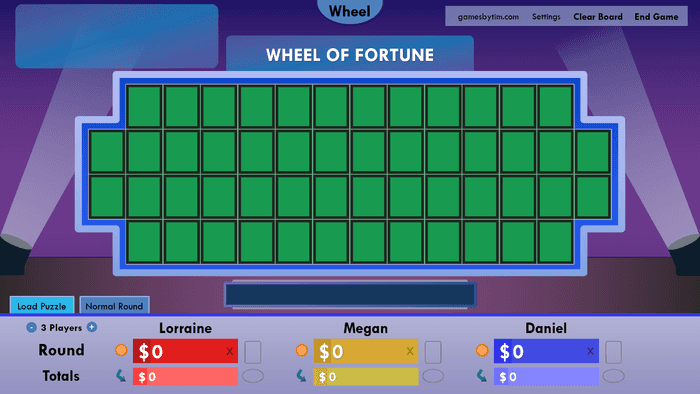 The puzzle board tiles are now slightly separated from each other, just like the actual show. The puzzle board frame increased in thickness, but not so thick that it overlaps the Letter Selector.

The category box has been tweaked to look more like the new season 40 style.

The same can be said for the no more vowels/consonants graphics.

At first, I was only going to use the new font for the puzzle board itself. Then I decided to try the font for fun on the player names. Then the scores. Then the Letter Selector. At that point, I went screw it: I'm using the new font everywhere!!

It's kind of scary to change the template's main font after how well Corbel/Arial/Eras Bold ITC served since 2015's version 2.0. But as my brother-in-law says, change is scary but often good. The new font may look weird at first, but after getting used to it, you ain't going back!

A new look isn't complete without a fresh set of backdrops, so here's two to keep you company. 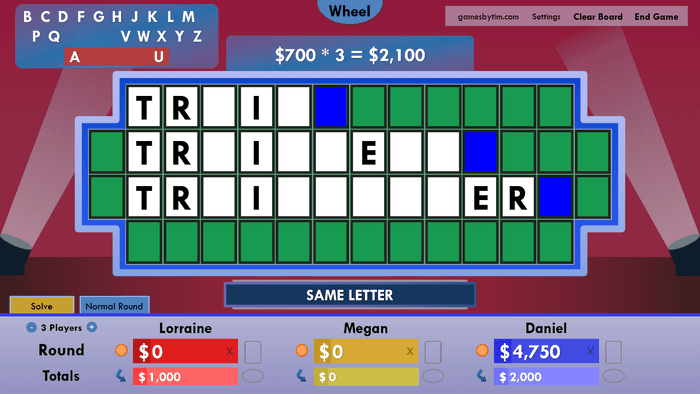 Wanna feel like the world's your oyster? Hop aboard Gold Haven, where everyone deserves to be rich. 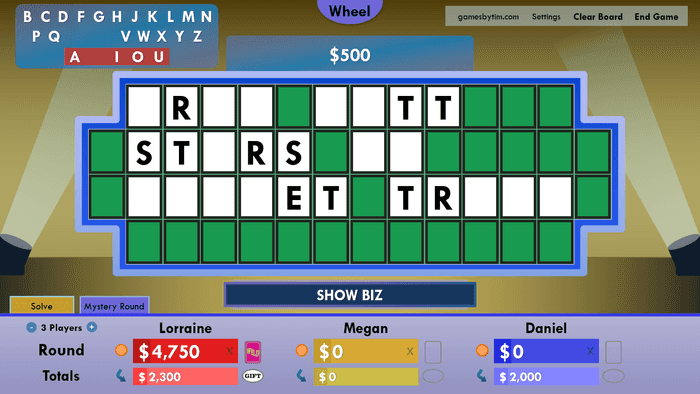 The gold haven backdrop works best with the gold puzzle board frame, which leads to the next major change:

The last update added the ability to change the puzzle board frame from blue to gold. This served as a way to make your game look more like the venerable Celebrity Wheel of Fortune.

But then I noticed the Celebrity Wheel of Fortune set also makes the category box gold. As I reskinned the category box with the gold puzzle board trim setting, I fell victim to a crazy idea:

What if everything is gold?? 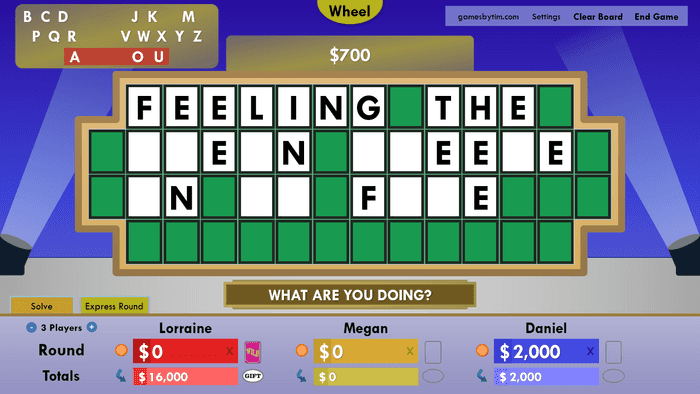 I was on a roll, when another crazy idea slammed onto my face:

What if there's more colors than blue and gold?? 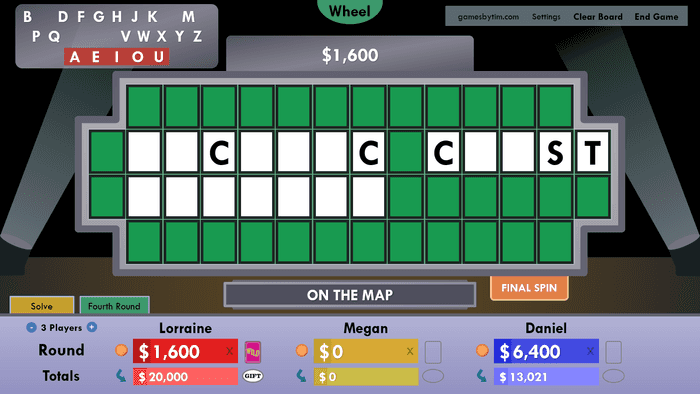 Now you can customize the color scheme of the puzzle board elements. Choose between the tried and tested blue, the bold and expressive gold, or the calm and subdued silver.

You can toggle the color scheme in Settings, or by clicking the puzzle board frame. Have fun matching color schemes with your favorite backdrops!

In the actual show, when a contestant calls a letter, that letter appears onscreen as a circular graphic. Now that graphic appears on Wheel of Fortune for PowerPoint!

The graphic comes when selecting a letter, and goes after revealing a blue tile, spinning the wheel, or solving the puzzle.

Now onto the non-design related changes!

Ever wanted to try out the puzzle board before adding any puzzles? Now you can! When loading a puzzle when there's nothing in Set Up Puzzles, the game will offer to load an example puzzle.

Protip: You can also load the example puzzle after adding puzzles by loading puzzle 0.

Alright, I'll admit it - I really added this feature because I wanted to save time generating game screenshots. But hey, I'm a happy guy if it helps new users get their feet wet before committing to a real game!

Speaking of helping out, can't think where to start for your next puzzle? Use the new category randomizer in Set Up Puzzles to kickstart your creative juices! 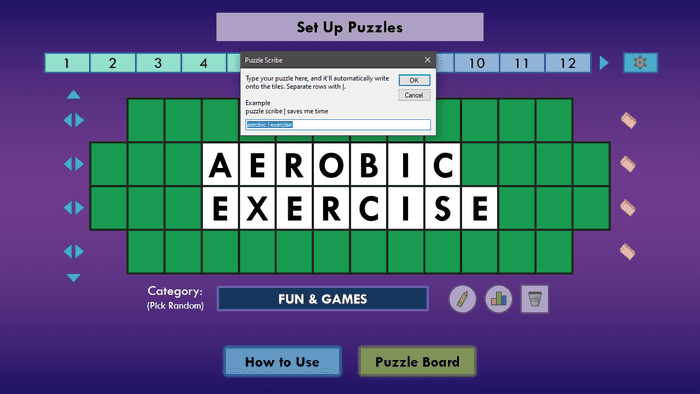 The following features have been removed in version 6.3:

Lorraine, if you're reading this, thanks for giving me the nudge I needed to push this update out. And major kudos for making it on the actual show, especially with your big win! Now do me a favor and enjoy your ski trip at Mirror Lake Inn. I'll hold you accountable for that - you mark my words!