As the new season of of the popular game show premieres, I am proud to unveil to you the all new version of Wheel of Fortune for PowerPoint! Buckle up guys, because this energetic update is jam-packed with all sorts of goodies.

The animations don't stop there. The studio stage lights, which used to just be decoration, are now interactive and can produce various stage effects. Clicking the left stage light illuminates the puzzle board as if a puzzle is just solved, shown in the top screenshot (click it again to stop). I'll let you figure out what clicking the right stage light does. 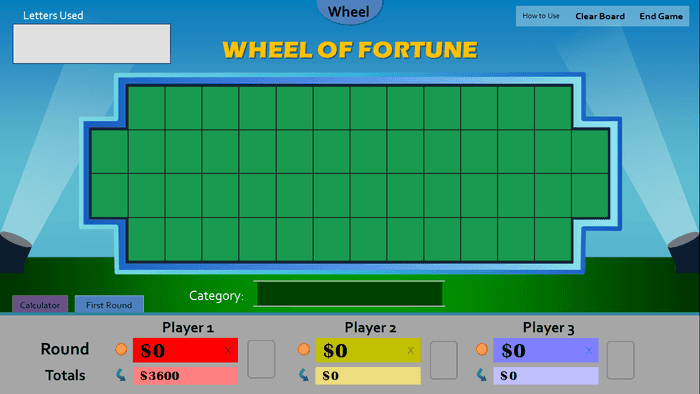 I look forward to adding new backdrops in future versions. If you have any ideas, I'd love to hear from you.

With Quick Add being so advanced, there's no need to use the old Calculator anymore. That's why starting with this release, the Calculator tab is deprecated. It's no longer referenced in the How to Use slides, and it may disappear in future updates.

Well that was fun, right? I hope you and your contestants feel that way through this new subset of features. Ready to try the update? Go for it! (requires PowerPoint 2007 or newer for Windows)