Escape a Tower version 2.6 is out! For this update, I focused on under-the-hood adjustments that help the game adapt to newer Web standards.

Offline support is back!

Previous versions of Escape a Tower would save the game to the hard disk so it can reload without Internet access. However, the method I used became deprecated, so I reluctantly removed this functionality in version 2.4.3.

That's why I'm excited to announce that offline functionality is back, using a modern Web standard called service workers. Service workers offer more robustness than before and should remain future proof for years to come. Special thanks to UpUp.js for making service workers easy to set up!

Chrome users may notice the new + button on the right of the address bar. 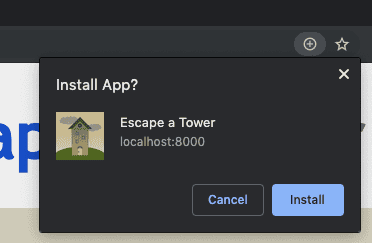 "Installing" Escape a Tower will launch the game in a dedicated window that functions like a native app on the computer. It'll appear on the start menu, taskbar, dock, etc! 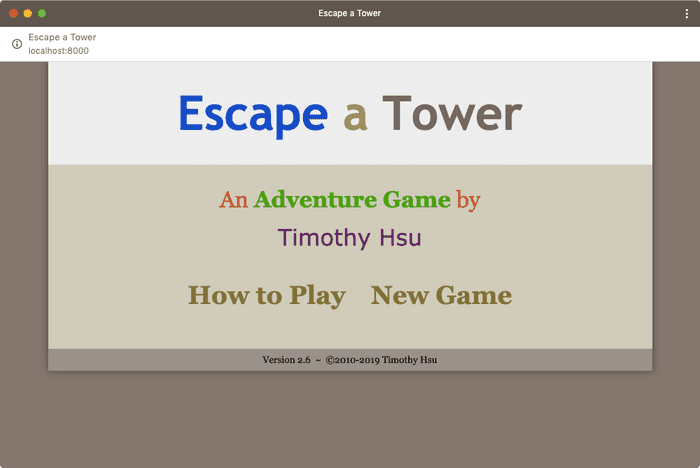 Chrome does all of this because Escape a Tower is now a progressive web app (PWA). PWA's are a recent Web initiative that bridges the gap between Webpages and native apps.

To adhere to Chrome's PWA guidelines, I needed a larger-sized app icon. That's why I resized and enhanced the icon a bit, which you can see the result above.

Despite these new Web standards, Escape a Tower maintains its top-notch backwards compatibility, going as far back as IE5 from 1999. Those curious can download the game files and see for themselves (virtual machine highly recommended).

For everyone else, click the link below to enjoy Escape a Tower's new offline and install features.