Amid incoming midterms and final exams, a friend of mine told me she needed to study for a geography test. Just before she was about to purchase note cards, I casually brought up that I've made a flashcard tool in PowerPoint.

Your Flashcards have a New Look 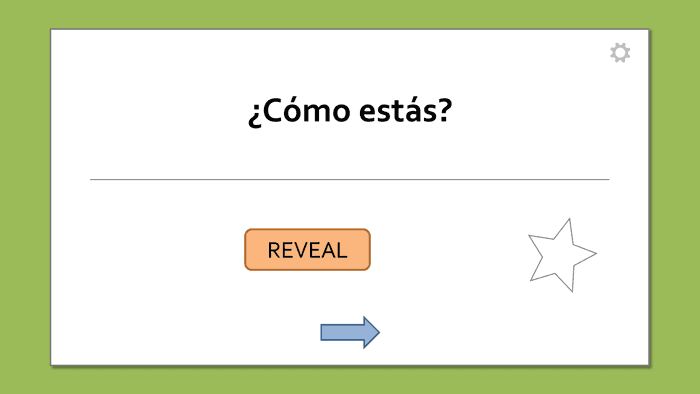 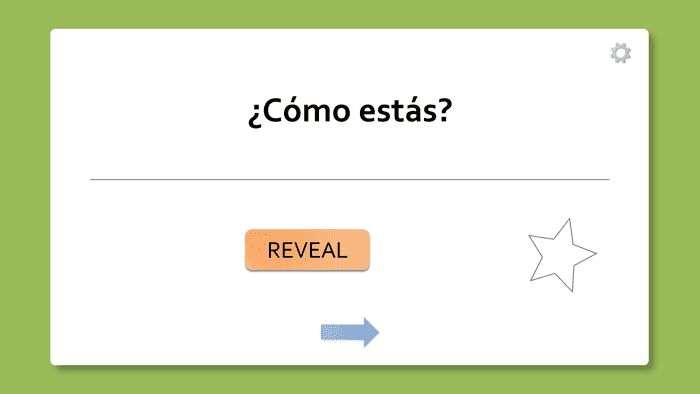 Not only have I retouched the buttons/cards, the stars appear more spiffy than ever. Check out the new congratulations slide when you've starred all your flashcards. 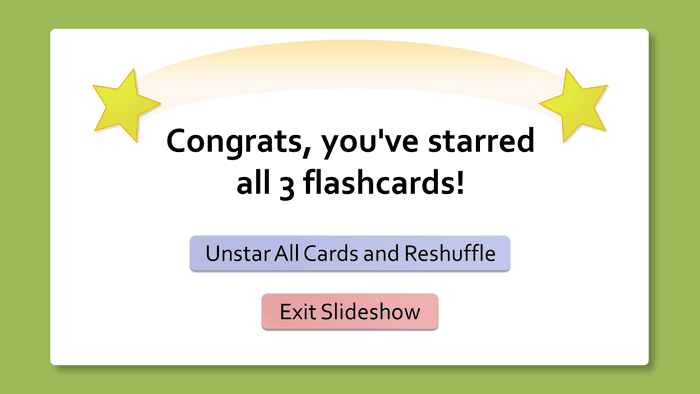 In addition, the arrow that takes you to the next flashcard now fades in/out, so you have a better idea when you've reached your next card.

When I saw my friend squint at the How to Use images, I knew I had to do something about it. Here's a sample of the new How to Use slides, with bigger images and some slight rewording. 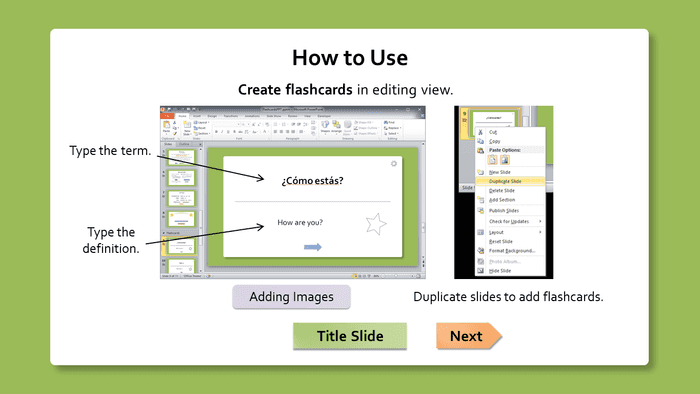 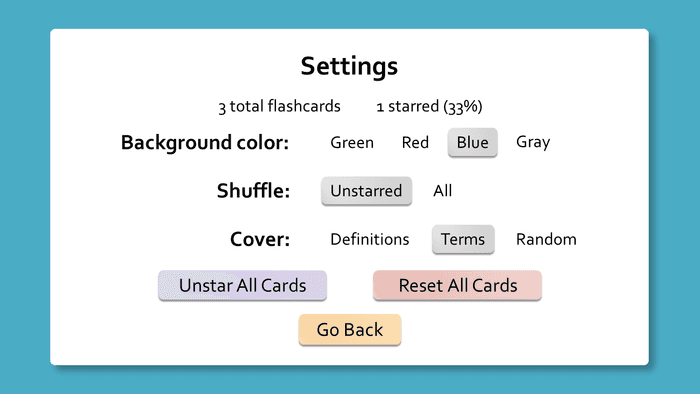 I've also partially fixed display issues when starting the slideshow in a flashcard slide (excluding PowerPoint 2007). Previously, your flashcards wouldn't autohide its terms/definitions if you directly started the slideshow on a flashcard. This has been resolved UNLESS you haven't shuffled your flashcards at least once each time you open the file, which I cannot fix due to PowerPoint limitations. What's more, this partial fix is not applied to PowerPoint 2007 because the fix causes cards to briefly reveal its terms/definitions in that version.

You may notice that Flashcards for PowerPoint is now hosted on GitHub. Since goo.gl will shut down in less than a month, I need another way to track download counts, which GitHub Releases supports. I will also upload the VBA to the GitHub repo for easier viewing/auditing.

Have fun preparing for your next exam!

As it's becoming increasingly difficult for me to access PowerPoint 2007 and 2011 for Mac, version 1.2 is the final release to officially support these PowerPoint versions. (PowerPoint 2010 is not affected by this change.)

This doesn't mean future versions won't work on these PowerPoint versions; I just won't be able to test on them moving forward. I also won't go out of my way to remove any compatibility code for 2007/2011 for Mac unless the code impedes my ability to implement new features.