In an effort to return to creative writing, I am thrilled to release That Damned History Test! - a text adventure. 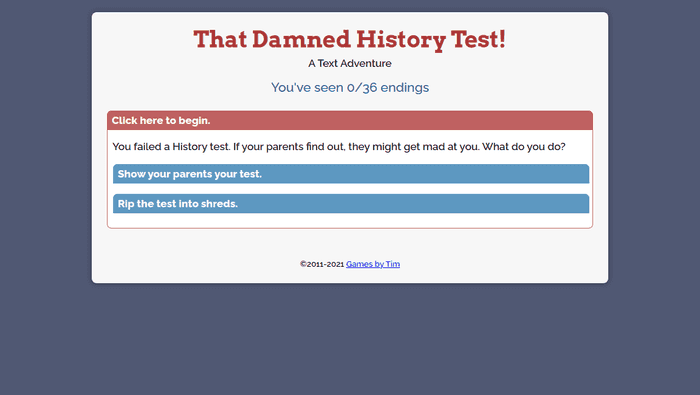 The game format is similar to Lost in a Forest, with a completely different story. There are no "right" or "wrong" choices; it's all in the name of entertainment. See if you can uncover all 36 endings!

This text adventure was originally written in 2011 on a writing notebook for a creative writing school assignment. 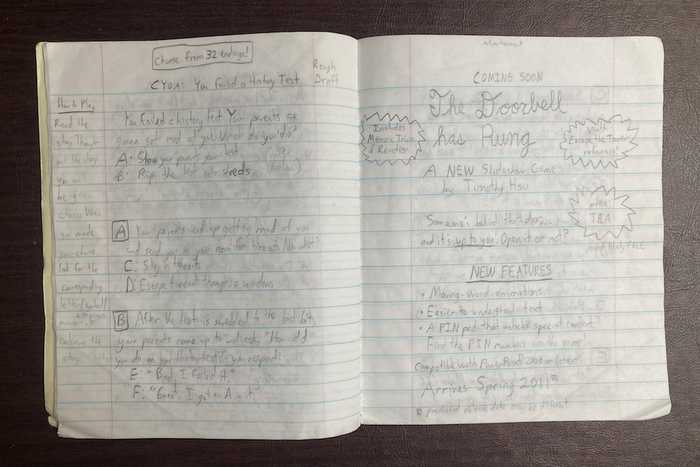 I've wanted to convert the text adventure to a digital format for a long while, and I'm happy it's done ten years later. In addition to the digitization, the story has some changes over the 2011 original.